The list of products that have been manufactured from wood including transparent film, quinine, turpentine, latex, tar, acetic acid, and of course paper, giving us the clue that the word  “wood” does not begin to identify the hundreds of complex chemicals found in its structure. Fortunately, we are only interested in burning it, with  the little added complication of wanting to do so cleanly and efficiently. 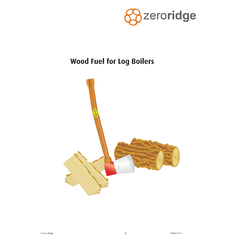 Wood logs for biomass boilers and air space heaters.
A detailed guide as to what is log wood and how it should be stored for the best burning conditions.
Download 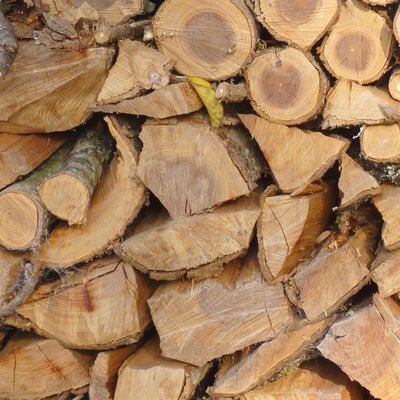 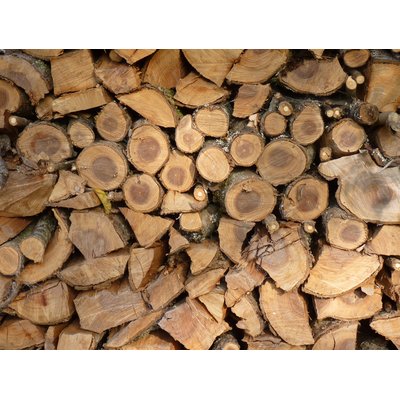 This is made easier if we appreciate, that for burning, wood can be regarded as being made up of two distinctly different components, one that can be thought of as a sponge and the other, hard waxes that have been melted into it, then left to cool and solidify.  When  wood is heated these waxes soften and become a vapour. If the vapour cools after leaving the wood it will condense back into a nasty dark brown tar like substance that will  deposit itself onto any surface it comes into contact with.  If, instead of cooling, its temperature is raised sufficiently, all the unpleasant tar vapours will burst into flames and become gasses. Because of their behaviour, everything we described as having been poured into our sponge capable of becoming vapours are referred to as the volatile organic compounds, or more informally as V.O.C.s or simply as the "volatiles".  These volatiles are a large variety of chemicals made up of the elements hydrogen and carbon bonded together, compounds which in turn are called hydrocarbons.